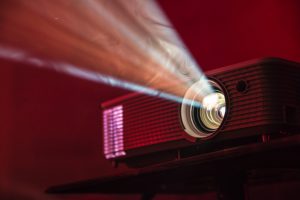 Did you know that over 100 years ago, most films were viewed through a small lens? Today, filmmakers use a variety of film and digital formats to create signature styles in their visual stories.

With a variety of independent theaters near our Spring Mill apartments, you're bound to find everything from classic titles to the latest Hollywood blockbusters:

Home to the largest screen in the city, the Philadelphia Film Center was originally the Homer Colladay & Co. clothing store. The building dates back to 1880, and after massive renovations, became a movie theater in 1921. With 7.1 surround sound, the center offers the best acoustics in town and immersive moviegoing experiences.

Established in 1976, Ritz Five was one of the first theaters to bring arthouse films to Philadelphia. Ramon Posel founded the theater to offer films that provoke thought. The five screens feature something for all movie buffs with foreign, independent, and classic films.

Ritz Five gained recognition in 1992 when it hosted the premiere of Praying with Anger. The movie was created by the renowned filmmaker and Pennsylvania native, M. Night Shyamalan. The theater was called the "Best in Philadelphia" in 2015, and it carries on Ramon's vision of bringing the best films to the city.

Presenting experimental, nonfiction, and international cinema, Lightbox is Philadelphia's premier exhibitor of film and moving-image art. It was the city's first theater to focus solely on global and independent films. Five hundred movies are screened every year to a total audience of 22,000 patrons. Lighthouse underwent a renovation in 2012 and features a Barco 2K digital cinema projector along with rare capabilities for 16mm and 35mm projection.

Along with these theaters, our Lafayette Hill apartments are also near top shopping and dining destinations. To call our vibrant community home, please contact us. We'd love to offer a private tour where you can see firsthand all we have to offer.