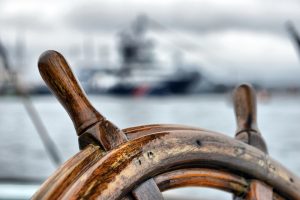 Not far from our apartments in Conshohocken is a fascinating destination that deepens the understanding and appreciation of the region's waterways.

It's called the Independence Seaport Museum, and more than 100,000 people walk through the doors every year.

The museum is found on Penn's Landing, and features much to see and do including:

First launched in 1892, Cruiser Olympia is the oldest steel warship in the world. Built during a transformative time in American culture, the ship is a symbol of both the country's achievement and technological advancement. Her storied history includes a victory during the Spanish-American War and bringing home the body of the unknown soldier from France in 1921.

Step aboard Submarine Becuna for a unique adventure. Launched in 1944, she completed five wartime patrols in the Pacific Ocean. During the Cold War, she often trailed Soviet submarines with eavesdropping equipment aboard. Submarine Becana was decommissioned in 1969 and is listed on the National Register of Historic Places. The Deeper Dive audio tours are a great way to further immerse yourself in the sub's fascinating history.

Patriots & Pirates is a unique exhibit that highlights Philadelphia's connection to the founding of the United States Navy. It features objects rarely seen by the public, and at the center is a full-size waterline model of Diligence. The real Diligence was constructed in 1797 and played a major role in defending American merchant ships from attacks by Britain, France, and Barbary pirates. The 102-foot model was built by the museum's staff and volunteers, and features masts soaring above a 62-foot deck.

The Independence Seaport Museum is just one of the fascinating attractions near our apartment community. If you are searching for a place to call home, please contact our leasing staff. They'd love to show you our offerings firsthand.