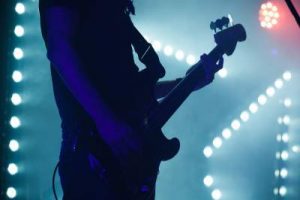 Catch a Show at Johnny Brenda's

An easy drive from Courts at Spring Mill is a destination that offers delicious meals and live entertainment under one roof.

We're talking about Johnny Brenda's, and it was built on the philosophy of supporting the local community.

Featuring a world-class sound system and balcony, it's unlike any other performance space in Philadelphia, and its design elements are of a turn-of-the-century theater.

The chefs focus on fresh, seasonal meals, and the limited menu currently includes sandwiches such as roast beef, scrapple, and fried catfish.

An array of artists take to the stage throughout the year, and those upcoming include:

The Weather Station (April 6) -The Weather Station is a Canadian folk band fronted by Tamara Lindeman. She's renowned for her perceptive storytelling and unmistakable voice, and the group has entertained audiences around the world. Their set list includes "I Don't Know What to Say," "Keep it all to Myself," and "The Most Dangerous Thing About You."

Billy Martin (April 11) - Billy Martin is a jazz drummer who is best known as a member of the trio Medeski Martin & Wood. He hails from New York City and has devoted himself to music since the age of seventeen. Billy honed his craft in Brazilian nightclubs and Broadway orchestra pits, and his repertoire includes "Upward," "Flores,' and "Line Mask."

Lucy Dacus (April 13) - Two years after Lucy Dacus made her debut, she was called "one of rock's promising new voices." She calls Richmond, Virginia home, and is currently entertaining fans with songs from her latest album, Historian. Lucy views it as her definitive statement as a songwriter and musician, and tunes include "Night Shift," "Next of Kin," and "Pillar of Truth."

Johnny Brenda's is just one of the dining and entertainment destinations near our apartments in Conshohocken. If you are looking for a place to call home, please contact us to schedule a showing where you can see our community firsthand.